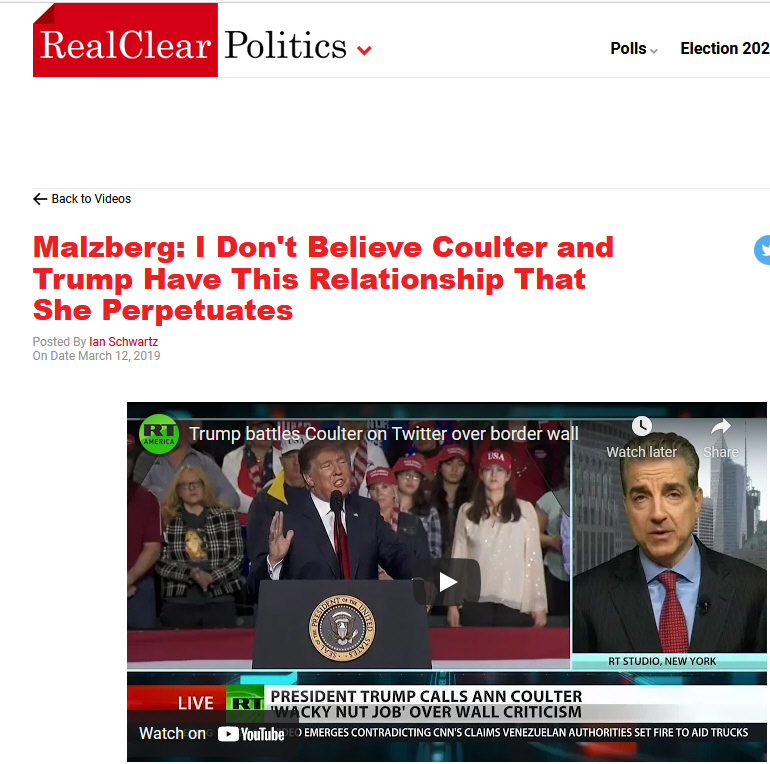 Radio host and political commentator Steve Malzberg gives his take on the Coulter-Trump feud in an interview with RT on Monday. Malzberg said although Coulter acts like she has a close relationship with Trump he believes that she doesn’t have an in with the president.

STEVE MALZBERG: To be honest with you, Donald Trump fairly recently said, ‘Look, the media believes that I take orders from Ann Coulter.’

She did speak at one of his rallies, maybe introduced him, but I don’t believe that they have this close relationship. So I don’t think that there is really that much of a relationship for them to be on the outs about if you will. I think Ann Coulter is trying to perpetuate this notion that she’s really in with the president and I don’t think that she is.