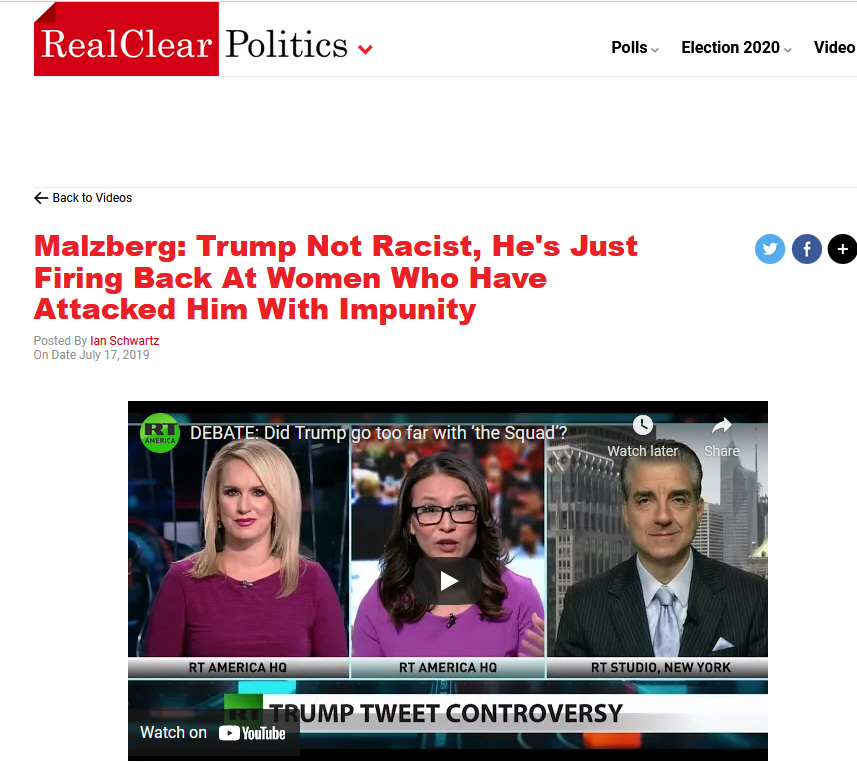 MALZBERG: I would like to think that this was all strategized and they say down and they said this is what’s going to happen… I just think it’s more of a reflex action that resulted in what Scottie has said. I think he’s fed up with the remarks and the comments that are aimed at him. Look, most of these, I know that at least three of these women have taken shot after shot after shot at Trump and his administration with impunity. Yet, Tlaib who said let’s impeach the motherf-er and that got a ‘Ha, ha, ha, oh she’s so passionate, oh, ha, ha, ha, ha’ [response]. You’ve got Omar who has come out as Trump has also tweeted out with terrible anti-Semitic tropes over and over and over again. You have AOC who says the U.S. is running concentration camps which is a blatant lie.

They get passes for what they tweet out and they say. Trump decided he’s going to fire back. You don’t like it? Go! There’s nothing racist about that.