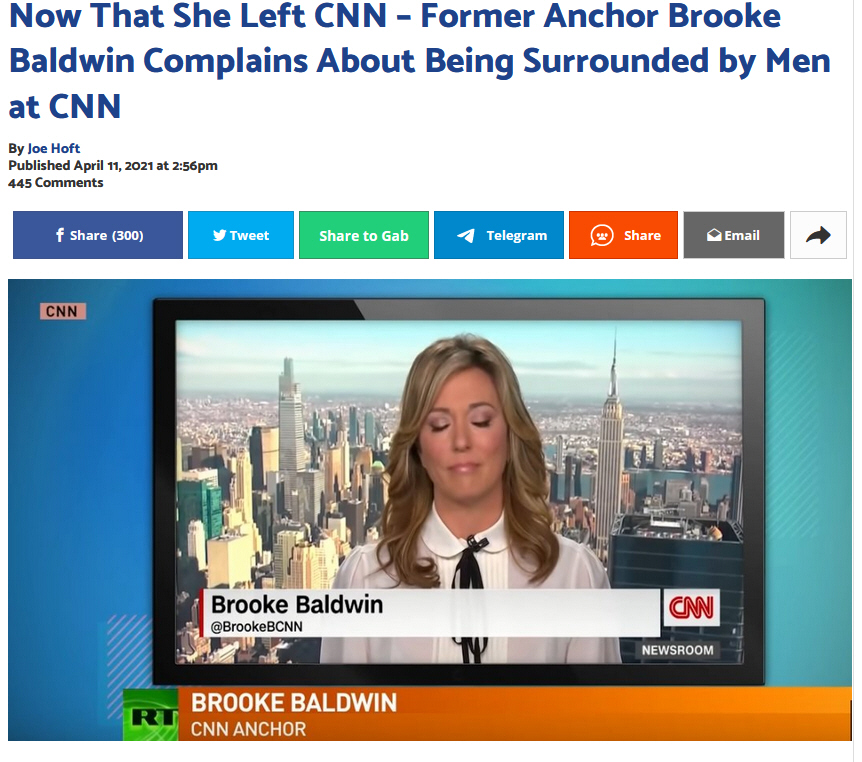 While at CNN, anchor Brooke Baldwin said nothing.  But now that she’s gone, she’s complaining about the men at CNN.

Steve Malzberg, host of ‘Eat the Press’ at RT America, reported that former CNN anchor, Brooke Baldwin, appeared fine with her work surroundings for a decade while at CNN.  But after the far-left talking head left CNN, she suddenly has problems with the men she worked with at CNN.

Guess Baldwin was good at keeping a secret.  Who knew?