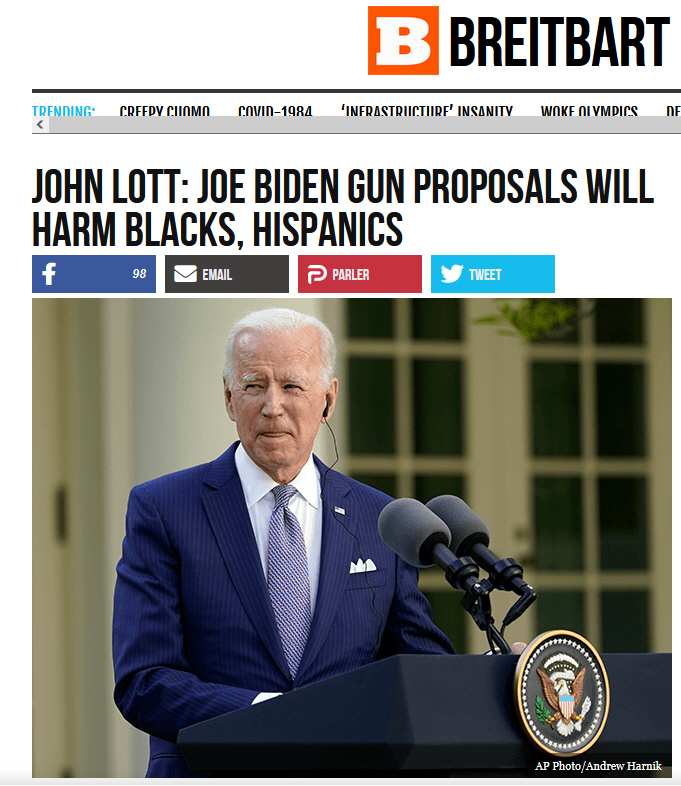 After Malzberg called out Biden for denying he intends to limit the Second Amendment while saying “in the next breath” that “no amendment to the Constitution is absolute,” Lott replied that, “In ten minutes or so [Biden] literally made about at least two dozen different lies on [the subject],” with some of the claims being “so outrageous.”

“It’s just like one false claim after another,” he added.

One example Lott cited was Biden’s claim that the “alleged” reason for the substantial increase in homicides last year was due to a “lack of gun control.”

“You don’t need to be a rocket scientist to realize that when you have inmates being released from jails and prisons, and some in a number of places more than fifty percent of the inmates being released; when you have police being ordered to stand down and not do their jobs; when you have police budgets being cut and prosecutors in major urban areas refusing to prosecute violent criminals; if you make it so that criminals aren’t being caught, and when they are caught — not being punished, and it’s not risky for them to commit crime, guess what? They’re going to commit more crime.”