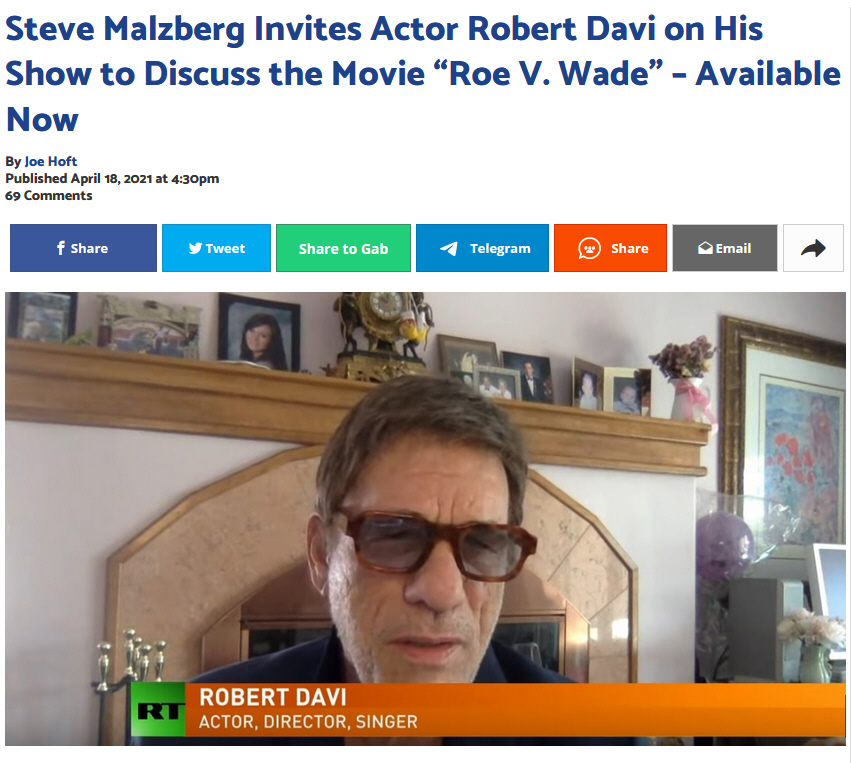 Actor Robert Davi was with Steve Malzberg on his ‘Eat the Press’ production on the RT America network.  Davi talked about the movie, Roe V. Wade, where Davi stars as one of the judges on that historical case.  This movie is available now.

Robert Davi shared with Steve Malzberg the following about his movie and any anti-abortion motives in the movie.  Davi said the producers attempted to keep the film neutral in regards to the abortion issue and to just share the events surrounding the historical decision:

It follows the journey of the abortionist that Nick plays, Nick Loeb plays, and from being the premier abortionist to now, he has come to a different term that’s the only thing, is the transition.  But what you do get is a little bit under the Supreme Court Justice’s skirts on how the decision was made.  And, I play Justice Brennan who was Catholic.  And, Scalia, Justice Scalia, called him the most influential judge of the 20th century.

This is a must-see movie.