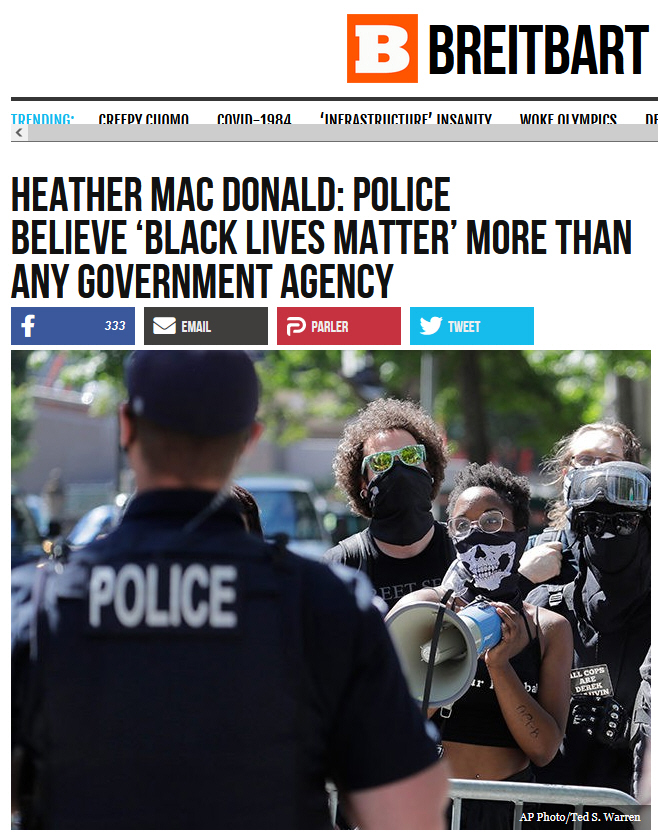 After Malzberg declared that he could not imagine anything “more dangerous than a media which pushes the narrative that police hunt down and kill black men,” Mac Donald concurred.

“You’re absolutely right,” she said. “The perception that we are living through an epidemic of racially biased police shootings of black men is an optical illusion.”

“It is based on extraordinarily selective coverage on the part of the press; they only cover police shootings of black men,” she continued.