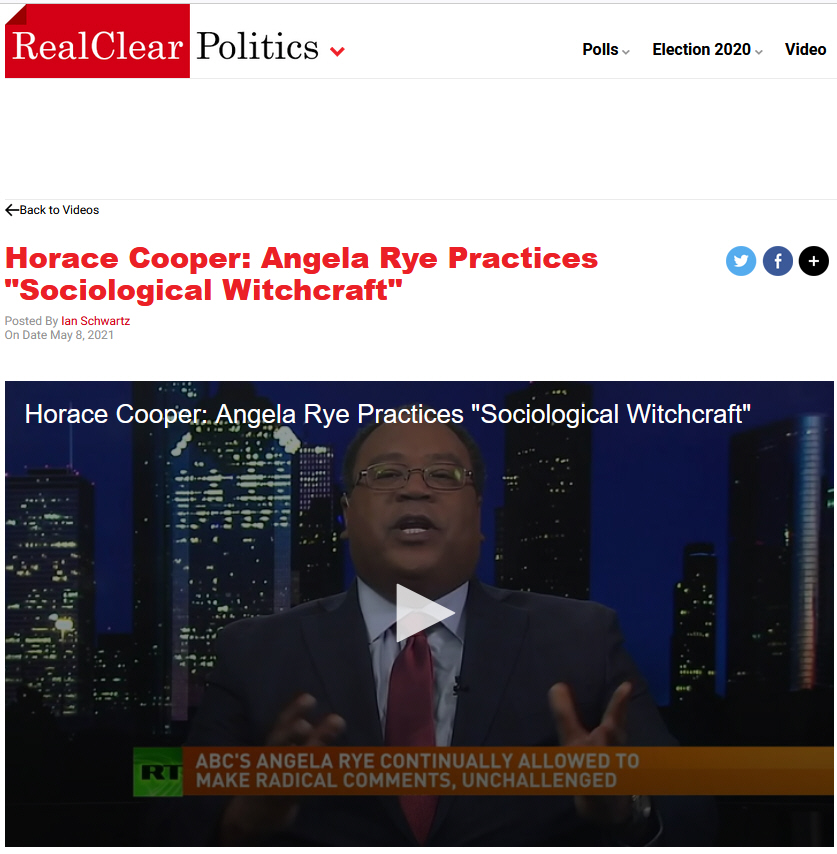 Posted By Ian Schwartz
On Date May 8, 2021
Horace Cooper, a senior fellow at the National Center for Public Policy Research, reacted to CNN contributor Angela Rye saying police shootings happen because of an irrational fear of black people in an interview with RT’s Steve Malzberg.

“This is sociological witchcraft,” Cooper said. “There was a time when you got sick you went to the local witch doctor and either they bled you, or they cut you, or they ran some smoke over you. And if whatever was wrong with you didn’t kill you this probably would.”

“Sociological witchcraft of today is just as bad, just as backwards and just as dangerous,” he said. “The whole idea that people in America today are being targeted because of their race when all of the evidence shows exactly the opposite is true.”