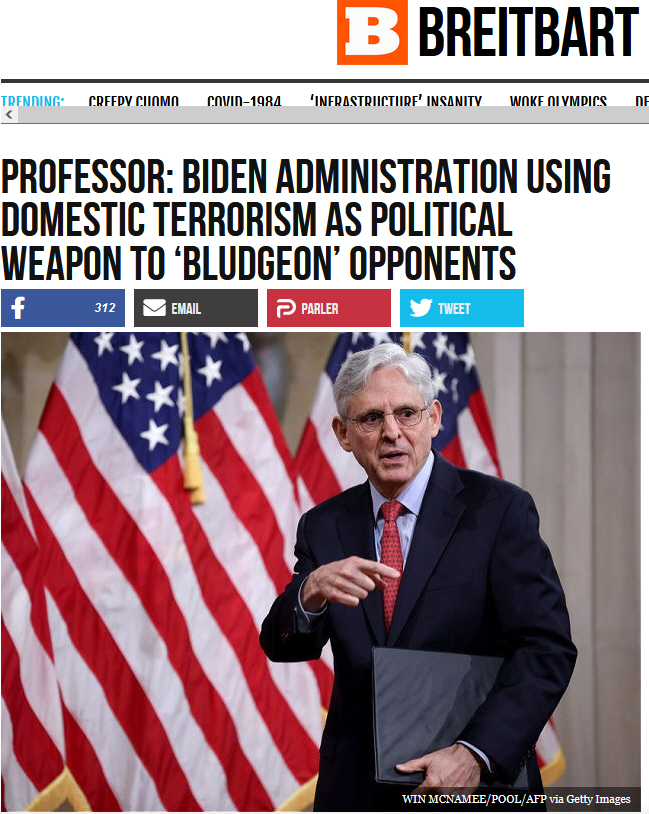 After U.S. Attorney General Merrick Garland recently laid out the Justice Department’s “National Strategy for Countering Domestic Terrorism,” citizens should be alarmed by the constitutionality of the Biden administration’s hunt for loosely defined “domestic terrorists.” The strategy is being utilized as a “political weapon” to silence and “bludgeon” political opponents, according to Nicholas Giordano, a professor of political science and host of The P.A.S. Report.

On Sunday, Giordano joined Steve Malzberg on his Eat the Press weekly commentary show to discuss the release of the Justice Department dossier, as well as the media’s lack of interest in it.

And once again we see that there is no definition for incitement.  So you just showed a clip about people saying that the American flag is a symbol of hate.  That waving the American flag now can be considered incitement.  And this is used as nothing more than a political weapon to bludgeon political opponents.  That’s what this document is going to be used for, and everyone should be concerned regardless of political party.”