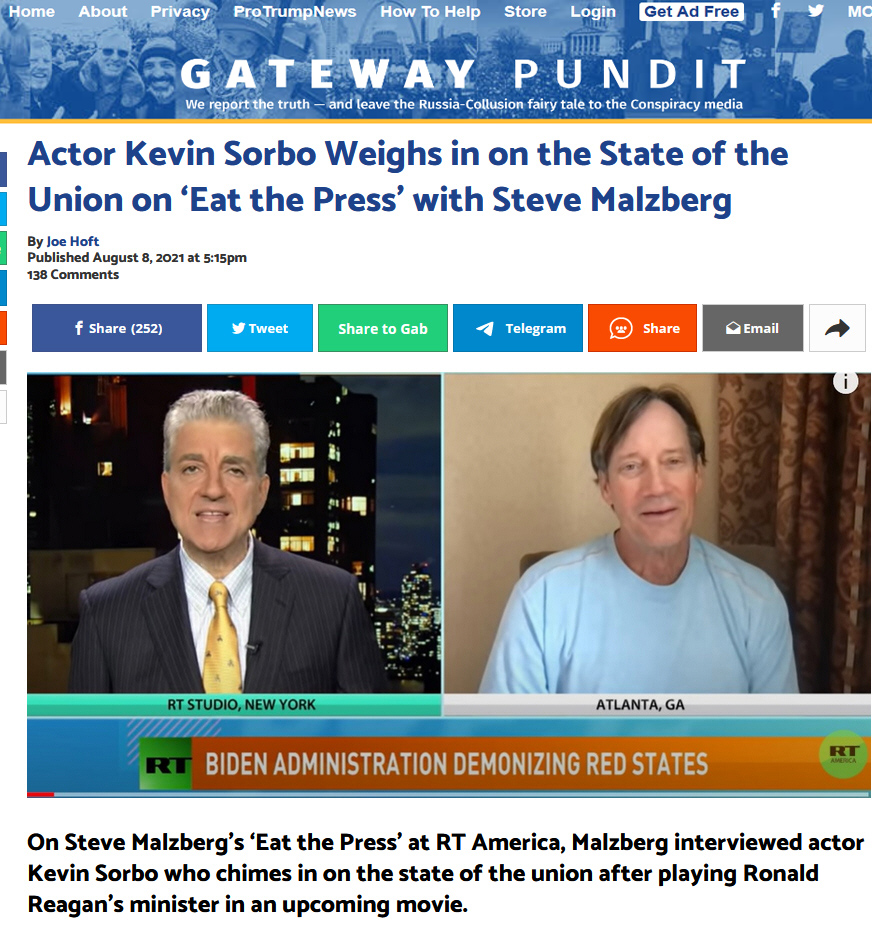 On Steve Malzberg’s ‘Eat the Press’ at RT America, Malzberg interviewed actor Kevin Sorbo who chimes in on the state of the union after playing Ronald Reagan’s minister in an upcoming movie.

The conservative actor, Kevin Sorbo, who just finished filming the movie Reagan, where he plays the former President’s Pastor, is outraged by “the constant, unbelievable hypocrisy by the left.” He says that Florida Governor Ron DeSantis is the best Governor in the country. He wonders “why do we indoctrinate our kids into socialism’?