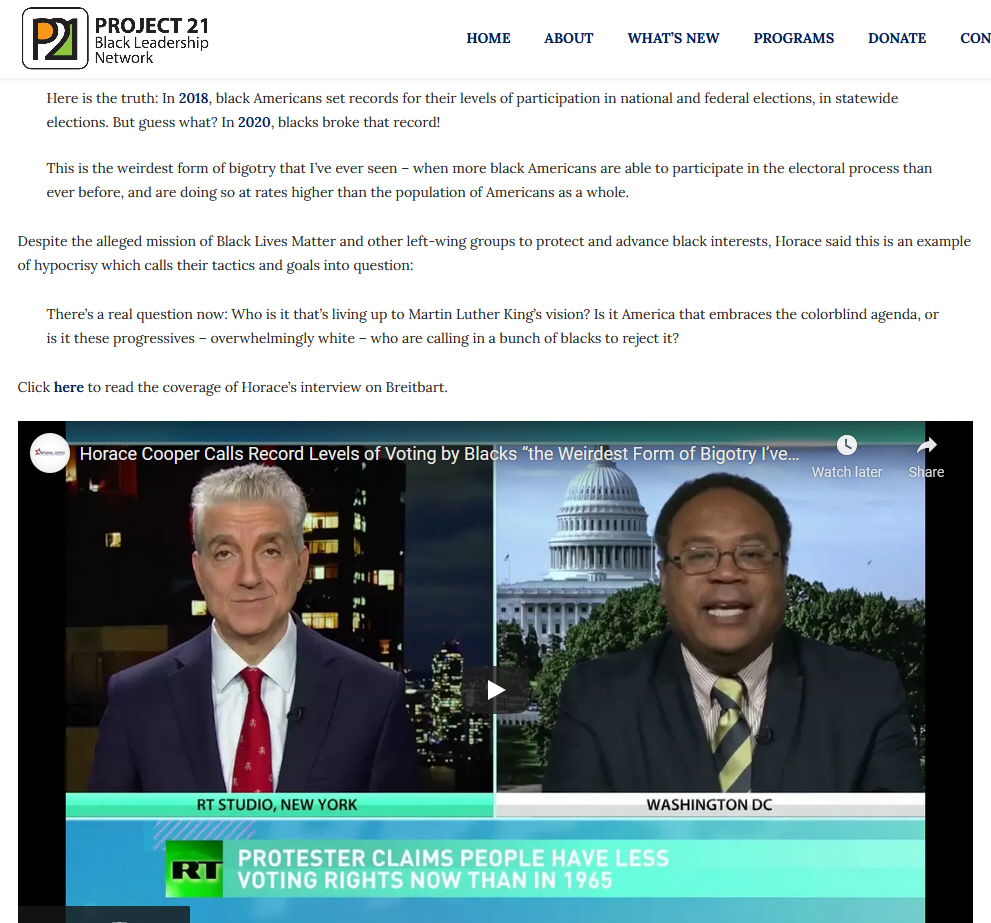 In an interview with Steve Malzberg on the RT network program “Eat the Press,” Horace pointed out how the facts differ greatly from Brown’s claim, …

Here is the truth: In 2018, black Americans set records for their levels of participation in national and federal elections, in statewide elections. But guess what? In 2020, blacks broke that record!

This is the weirdest form of bigotry that I’ve ever seen – when more black Americans are able to participate in the electoral process than ever before, and are doing so at rates higher than the population of Americans as a whole.

Despite the alleged mission of Black Lives Matter and other left-wing groups to protect and advance black interests, Horace said this is an example of hypocrisy which calls their tactics and goals into question:

There’s a real question now: Who is it that’s living up to Martin Luther King’s vision? Is it America that embraces the colorblind agenda, or is it these progressives – overwhelmingly white – who are calling in a bunch of blacks to reject it?

Click here to read the coverage of Horace’s interview on Breitbart.

A recent rally in Washington, D.C. opposing state-level voter integrity legislation was timed on the anniversary of Dr. Martin Luther King’s …
In an attempt to deflect unwanted questions about new protections for the unborn in Texas, White House Press Secretary Jen … 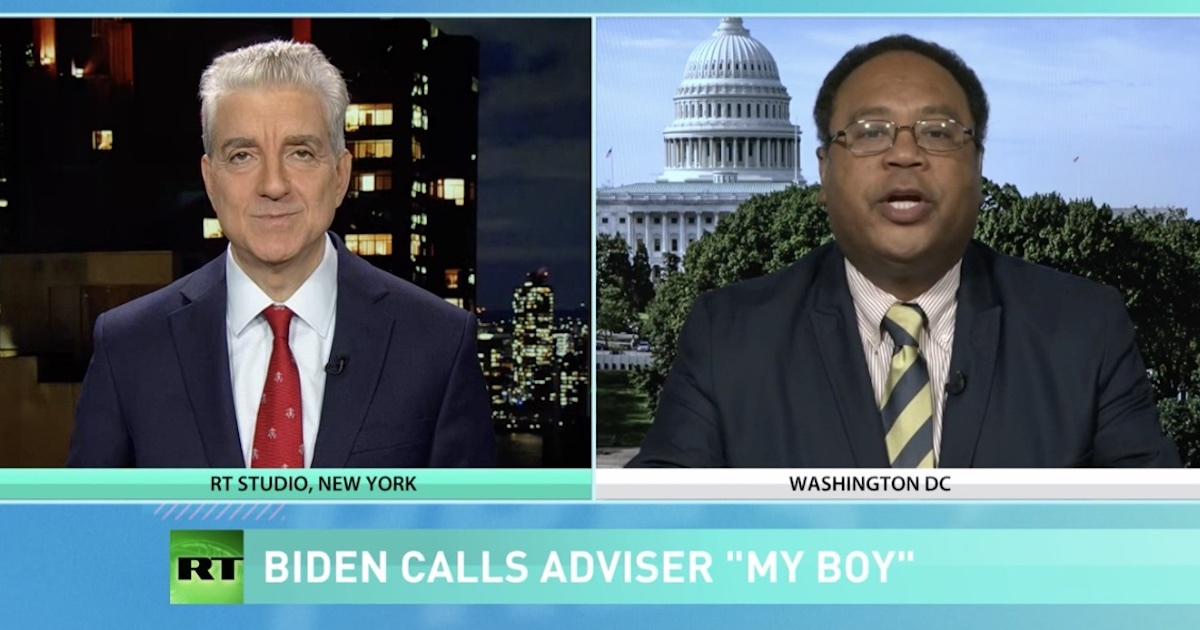