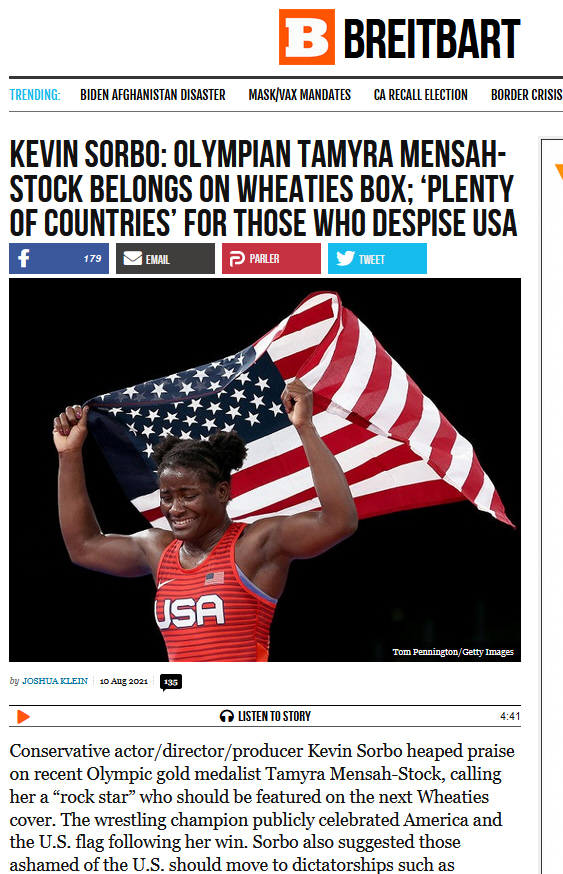 Mensah-Stock made history last Tuesday when she became the second woman and the first black American to win an Olympic gold medal in women’s wrestling and was wrapped in the U.S. flag when she said, “I love representing the USA, I love living there!”

Her victory followed U.S. hammer thrower Gwen Berry turning her back on the national anthem during Olympic trials in late June.