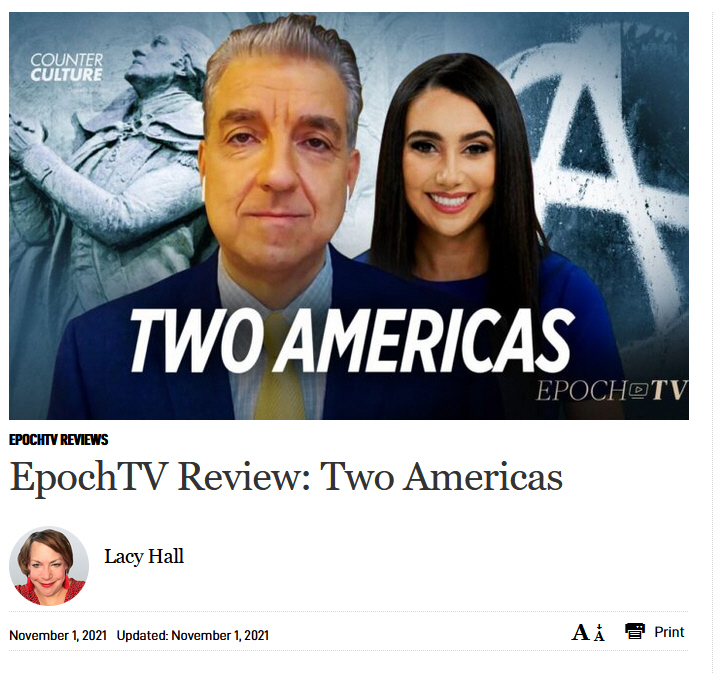 In the Counterculture series, Danielle D’Souza Gill talks with radio host Steve Malzberg about our divided nation and its future in the episode, “Two Americas”.

The video begins with the host talking about an essay by Robert Kagan of The Washington Post entitled, “Our Constitutional Crisis is Already Here.” In the essay, Kagan sees the county’s deep divisions as the “greatest political and constitutional crisis since the Civil War.”

The host goes on to discuss the reality of the divide in our country between the left and the right. She gives the statistics stating, “80 percent of Biden voters and 84 percent of Trump voters agreed that elected officials in the opposing parties present a clear and present danger to American democracy.” With neither side being able to agree on goals and how to reach them, a unified nation seems unattainable since both sides believe that the other side is pursuing agendas contrary to their values and if the opposing side wins, it will suffer personally.

D’Souza Gill gives an example. In the case of vaccine mandates, people are being forced to take the vaccine or lose their jobs and be forced from their homes and schools and lose their rights to travel and enter businesses. The host states, “so you are basically a second-class citizen without the vaccine.”

This is all due to the left being in charge. ESPN anchor, Sage Steele was quoted as saying, “I respect everyone’s decision. I really do,” and added, “but to mandate is sick and it’s scary to me.” She also discussed the fact that Obama identified as black despite his African American father leaving when he was young, and he was raised by his Caucasian mother. ESPN suspended her for her comments even though she was only stating facts and did so during a private podcast. To be reinstated, she had to apologize for her comments. Most Americans are tired of what is considered “political correctness.” Many are afraid of losing their jobs for expressing opinions that are considered on the conservative side and the left actually celebrates this fact. In light of this, it is easy to see why our nation is so divided.

Another statistic that the host reveals is that 90 percent of voters on either side believe they will no longer belong in our nation if the other side prevails. The left continues to lean further and further in that direction as they lead us down the road to being a socialist nation which is their overall objective so many are fighting to make sure this does not happen because they know that once it does happen, there is little chance of turning back.

The host is then joined by Malzberg who explains that he listened to political and sports talk radio growing up and got interested in radio as a career. He worked in the area of sports for 10 years and then switched over to politics. He states what launched him into politics was covering the OJ Simpson chase for WABC. He explains, “I don’t think there is more of a political place right now than ESPN and you can’t find a conservative on ESPN and you can’t find people who last as a conservative on ESPN.” According to Malzberg, politics has penetrated everything and everything revolves around race. 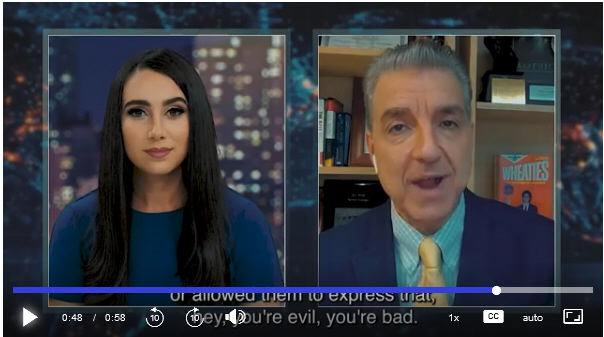 In the next segment, the host asks Malzberg about the left and right political parties. He responds by saying that the left has always had its radicals and the Republican party is still fundamentally the Republican party even though some have defected to the other side. He states the Democratic party is the one that has become more radicalized and points to decisions that once considered mainstream are now being apologized for.

Another example is that they support abortion for any reason. They are constantly pushing their socialist agenda.

D’Souza Gill then asks him about the northeast since he grew up there. He states once primarily Republican, the political atmosphere has changed and cities like New York have now become dangerous crime areas. D’Souza Gill points out that while elite citizens have their comforts and safety but regular citizens that have to live there continue to support the left. Malzberg states that many do not realize how the Democratic party is responsible for destroying their cities. He gives the example of Jewish citizens and states, “In my view as a Jew, you have to be out of your mind to vote for these Democrats.” He said it has even penetrated places of worship and he has attended services where sermons are preached supporting leftist policies and does not understand the policies that they continue to vote for. Also, many are not concerned about Israel and America’s relationship with it.

The host then asks Malzberg his opinion on the best way to convince people to move to the right and he responds by explaining that we should vote for the good of America first and foremost. He describes experiences where he has attended public gatherings that have armed security guards which is prudent considering all the attacks that have happened at these types of gatherings, yet there were people who were against having the armed security present. He said the media has convinced so many people or allowed them to express that you are bad if you disagree with me and you are labeled a Nazi, extremist, or racist, or whatever the case may be. The people of the United States are so polarized and divided at this point that no one will be unable to convince anyone side to move to the other or meet in the middle. Social media is likewise punishing people and censoring them for expressing conservative views.

“Counterculture” premiers every Sunday at 7 p.m.—exclusive on EpochTV.