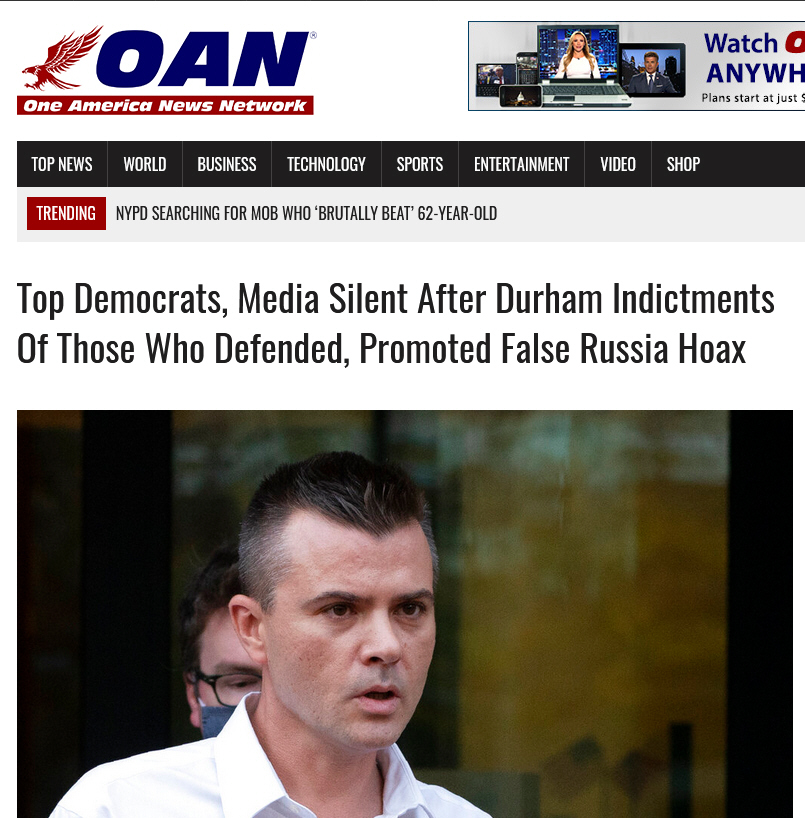 Thursday, Nov. 4, 2021. Danchenko, a Russian analyst who contributed to a dossier of Democratic-funded research into ties between Russia and Donald Trump, was arrested Thursday on charges of lying to the FBI about his sources of information, among them an associate of Hillary Clinton.

Meanwhile, the mainstream media, who long claimed the dossier was real, are now avoiding the matter as well.

“All these people, there was nothing, nothing,” said political commentator Steve Malzberg. “And Schiff knew it and he kept lying. And the media kept letting him lie…so I mean it it just goes on and on.”